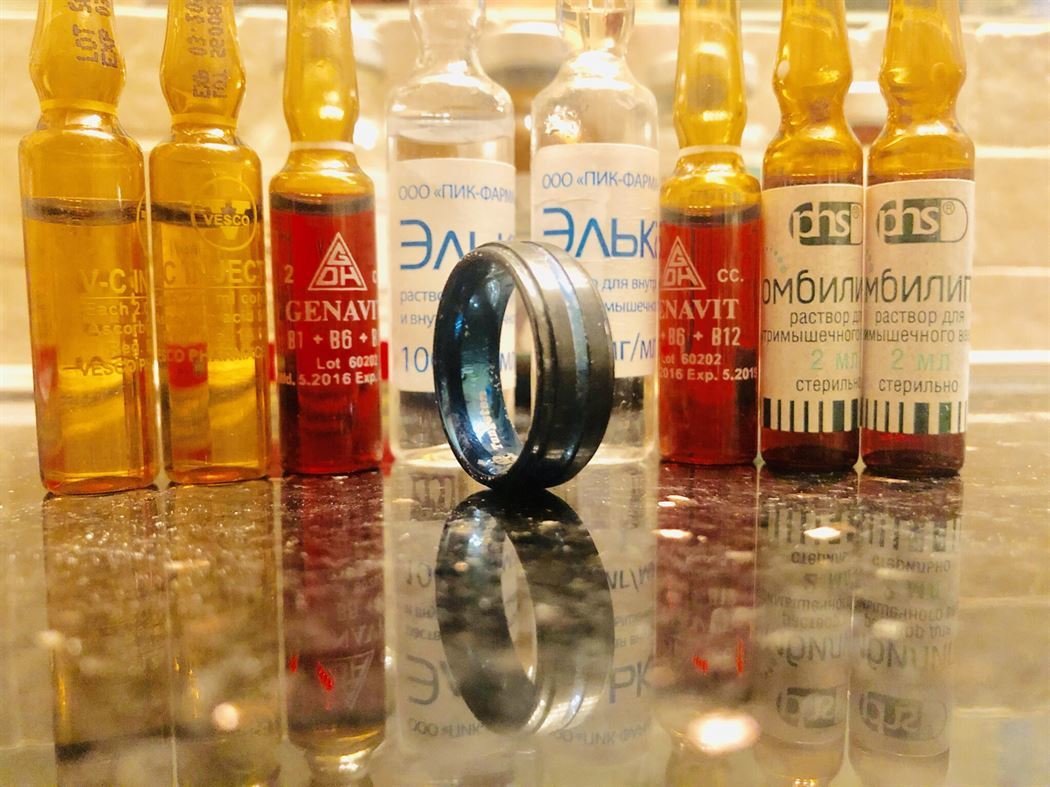 levels of L-CARNITINE determine the exercise capacity of muscles.

L-CARNITINE forms the essential transport system for use of fats as an energy source.L-CARNITINE may help delay muscle fatigue and improve endurance.

The muscle levels of L-CARNITINE determine the exercise capacity of muscles.. By using fats as energy for muscle contractions, the body is sparing glycogen and delaying the accumulation of lactic acid.

L-CARNITINE delays muscle fatigue by reducing lactic acid formation, and improves performance and endurance. L-CARNITINE forms an essential part of the transport system which moves fatty acids into the mitachondria (cell furnaces) for energy production. It thus acts as a buffer by inhibiting lactic acid buildup in muscles, helping to delay fatigue and prevent Tying Up.

Demand for L-CARNITINE in high intensity exercise is often not met from the diet, as large amounts are consumed during exercise. Supplementing with L-CARNITINE results in improved energy supply, increased use of fatty acids as an energy source, decreased lactate buildup, and a significant increase in maximum work output.

L-CARNITINE is essential for normal heart function. Supplementing with L-CARNITINE improves both sprint, strength and endurance performance. High Performance athletes can rapidly run out of glycogen as an energy source, but will rarely run out of fats.

Mobilizing fats as an energy source helps prevent the accumulation of lactic acid in muscles, hence delaying fatigue and possible Tying Up, significantly improving the capacity of muscles to work harder for longer.Injection: 5 mL per 100 kg bodyweight 2 - 3 times weekly.

It reduces the basal metabolic rate, slowing the decay of protein and carbohydrate molecules. It promotes the penetration through the membrane of mitochondria and cleavage of long chain fatty acids (palmitic, and others) To form acetyl-CoA (required for pyruvate carboxylase activity in the process of gluconeogenesis, formation of ketone bodies, choline synthesis and its esters, and the formation of oxidative phosphorylation, ATP).

It mobilizes fat (3 presence of labile methyl groups) of the fat depots. Glucose competitively displacing comprises fatty acid metabolic shunt, which is not limited by oxygen activity (in contrast to aerobic glycolysis), in connection with which the drug is effective in acute hypoxia (including the brain), and others.

Critically ill. It has a neurotrophic effect, inhibits apoptosis, limiting the affected area and restores the structure of nervous tissue.

It normalizes the protein and fat metabolism, increased basal metabolism in thyrotoxicosis (being a partial antagonist of thyroxine).

It restores the blood alkaline reserve. No effect on blood clotting, reduces the formation of keto acids, increases the resistance of tissues to the effects of toxic degradation products, activates the anaerobic glycolysis, has anti-hypoxic properties, stimulates and accelerates the repair processes.

Increases the threshold of resistance to physical stress, decreases the degree of lactic acidosis and recover from a long-term exercise. This contributes to economical use of glycogen and an increase in its reserves in the liver and muscles.Indications:Ischemic stroke (in the acute, recovery period), transient ischemic attack, encephalopathy, traumatic and toxic brain damage.

VITAMIN C acts to reduce stress and improves cardiovascular function.Vitamin C is essential in the synthesis of L-Carnitine.

VITAMIN C is essential in the maintenance and repair of joint cartilage.

Vitamin C is an essential coenzyme in certain metabolic processes, particularly in the metabolism of the amino acids Tyrosine and Phenylalanine, collagen synthesis in ligaments, tendons and joint cartilage, synthesis of L-Carnitine, red blood cell formation, and modulating immune responses, as well as in the maintenance of healthy skin. It is also essential in the conversion of Folic acid, and in promoting the absorption of Iron from the gut.

Vitamin C has a role in the metabolism of certain steroid hormones, and high levels of Vitamin C are found in the Adrenal gland in times of stress.VITAMIN C has a major role as a potent antioxidant to remove toxic free radicals produced during hard physical exercise.

Vitamin C enhances tissue growth and wound healing, acts as a major antioxidant to neutralise free radicals, improves immune function and response, especially under stress , acts to reduce stress, and is critical in the maintenance and repair of joint cartilage and tendons.VITAMIN C is critical and essential in the maintenance and repair of joints and joint cartilage, synthesis of collagen, proteoglycans and other joint components, tooth, bone, skin and blood vessel maintenance, and in the healing and repair of wounds, burns and fractures.

Like the B Complex vitamins, Vitamin C is water soluble, and is not well stored in the body. It is rapidly absorbed and equally as rapidly excreted, so must be supplemented on a regular basis.

Vitamin & Nutrient Interactions: There are close interactions between many essential nutrients. Some of these relationships are extremely complicated, such as the close interaction between Vitamin E and Vitamin B12, calcium, magnesium, Vitamin C, iron, Vitamin A and zinc.Using large doses of Vitamin C also increases requirements for Vitamin B6, Vitamin B12, zinc, folic acid, and choline.As a water soluble vitamin, Ascorbic acid must be supplemented regularly two to three times weekly.

This vitamin is unstable to temperature, so that the cooking process (a thermal treatment, such as boiling, stewing, toasting, etc.) leads to its partial or total destruction, depending on duration and aggressiveness used to form products of thermal processing.

Therefore, the products subjected to heat treatment, contain much less vitamin C compared to fresh. Vitamin C is an essential substance for humans, monkeys, guinea pigs and bats, because these kinds of living organisms can not synthesize its own, so that should definitely get it with food in sufficient quantity.

Other animals are able to synthesize ascorbic acid from glucose and therefore, this substance is not indispensable for them. Vitamin C is able to accumulate in the body, and all the excess amount, arrived with food or vitamin supplements, is excreted in urine and feces within a short period of time. That is why even the minimum depot ( "stock") is not generated in the human body the vitamin C, so that it is necessary with a daily intake of food.

Ascorbic acid increases the body's resistance to various infectious diseases, normalizes the permeability of vascular wall of veins and arteries, and has a detoxication effect.

The strongest effects are ascorbic acid when it is combined with the admission of other vitamins. At deficiency (hypovitaminosis) ascorbic acid, the following symptoms may develop in humans: • Bleeding gums ; • Swelling of the face; • Bleeding in the structures of the eye; • Prolonged healing of wounds ; • Low resistance to infectious diseases; • Hair loss ; • Bleeding from the nose. With virtually no receipt of ascorbic acid in the body a person develops scurvy (scurvy), manifested by severe bleeding from the gums, tooth loss, depression , lack of appetite and anemia .

The biological role of vitamin C Vitamin C is a cofactor for many enzymes, provide flow of a variety of biochemical reactions which occur during the synthesis and activation of various biologically active substances.

To understand the role of vitamin C, it is necessary to know what enzymes are and what is their function in the human body. Thus, the enzymes are substances of protein nature, have the property to ensure the flow of various biochemical reactions in the body. And each enzyme provides a flow of a series of well-defined reactions.

That is, for a cascade of biochemical reactions requires several enzymes, each of which provides a flow of a single reaction. A process as in any organism (e.g., digestion, protein synthesis, DNA, blood cells, and the formation of amino acids, iron absorption, emission of epinephrine , etc.) provided by a cascade of biochemical reactions, the role of the enzymes can not be overemphasized.

In other words, without the presence of active enzymes full human body can not function normally. Each enzyme consists of two structural parts - the cofactor and protein. Protein is a portion of the inactive enzyme needed to join it could cofactor and substances involved in the biochemical reactions. A cofactor (coenzyme) is, on the contrary, the active part of the enzyme, which actually provides the reaction.

Cofactor of various enzymes are vitamins and minerals. Accordingly, vitamin C is also a cofactor for some enzymes provide flow of biochemical reactions. And it is in the working of enzymes and is the biological role of ascorbic acid. The use of ascorbic acid Use of vitamin C due to the effects of the biochemical reactions that occur under the action of enzymes, to which it is included as a cofactor.

As cofactor enzymes, ascorbic acid provides the following effects: • It accelerates collagen - the main protein of connective tissue, which provides elasticity and flexibility of the various tissues, including the skin; • Involved in the synthesis of catecholamines (adrenaline, noradrenaline, serotonin ), and steroid hormones ( estrogen , testosterone , etc.); • It has detoxifying effects, that is, inactivates and promotes excretion of various human poisonous (toxic) substances, such as the components of cigarette smoke, carbon monoxide, snake poison, etc .; • Has an antioxidant effect, i.e., to protect against damage proteins, nucleic acids, phospholipids of cell membranes, lipids and fat-soluble vitamins from the destructive effects of reactive oxygen species; • A beneficial effect on the liver ; • Activates the work of the pancreas ; • Participates in tissue respiration; • It participates in the metabolism and absorption of intestinal folic acid , and iron; • It improves the immune system, thereby increasing the body's resistance to infectious diseases; • It regulates blood clotting; • It normalizes the permeability of capillary walls; • It participates in the formation of red blood cells ; • It has a mild anti-inflammatory or anti-allergic effect; • It accelerates the process of restoration of normal tissue structure after their injuries.

Thus, ascorbic acid provides adequate and the body's response to stress by participating in the development of adrenaline, and at the same time removing the toxic substances formed during metabolism active, running and supported by adrenaline. Also, vitamin C improves the absorption of calcium and iron from the digestive tract and removes from the body of copper, lead and mercury. Due to the antioxidant effect of vitamin C is blocked the oxidation of cholesterol and low density lipoprotein (LDL), which, in turn, prevents the development or progression of atherosclerosis .

Save this product for later
Display prices in: CAD